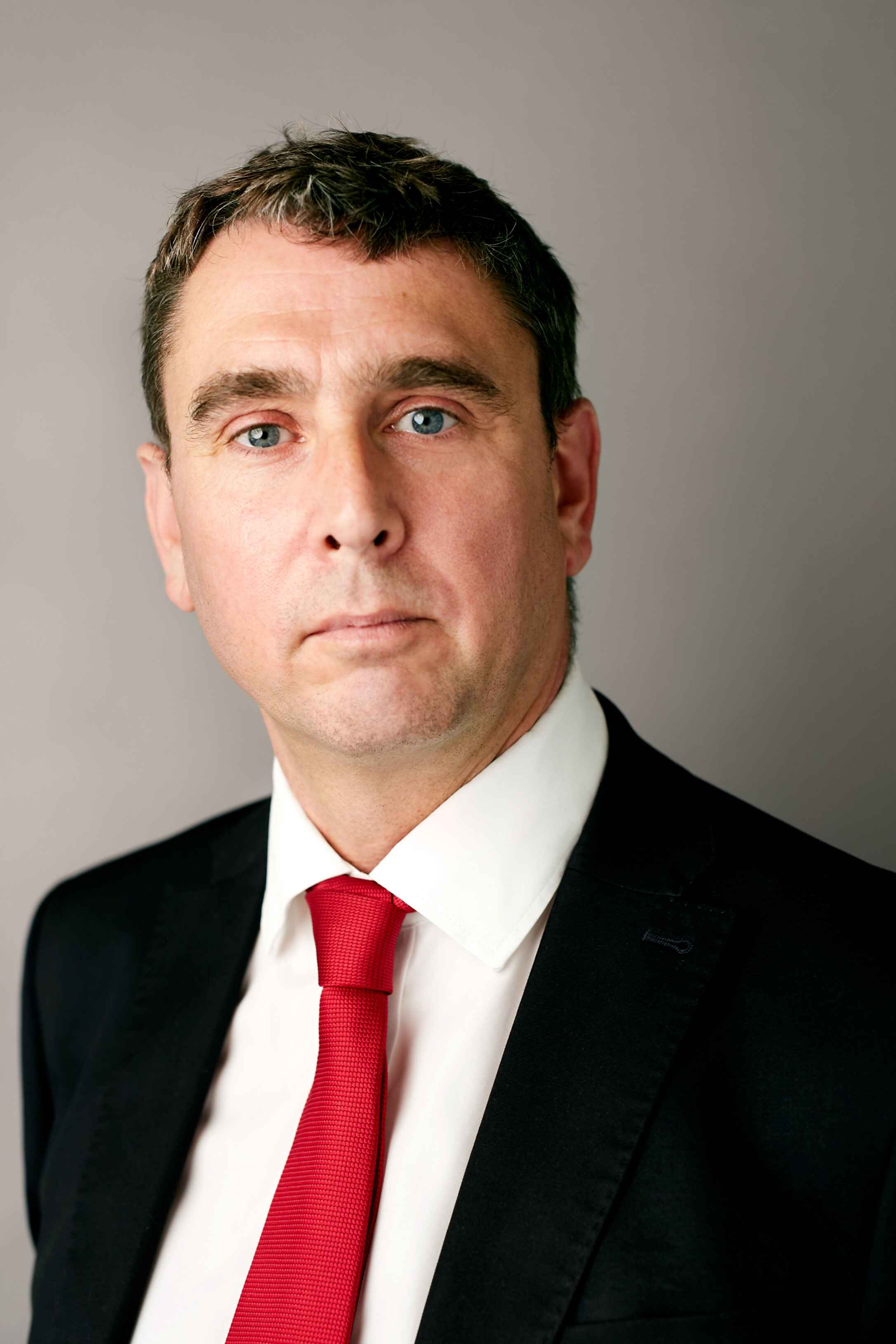 Graeme is a pragmatic and meticulous advocate who quickly grasps and identifies the issues in a case. He builds a strong and approachable rapport with his lay and professional clients from the outset and has a reputation for exceptional hard work and commitment to every case he is instructed in recognising that every case is the most important issue in his client’s life at that point.

Graeme has a mixed defence and prosecution practice and appears on the CPS London and South Eastern Advocates Panel at Grade 4 and the CPS Serious Crime Panel.

Graeme is regularly instructed in complex drugs conspiracies, serious cases of violence and robbery, and organised crime however accepts cases at all levels of the spectrum.

Graeme is a member of the Criminal Bar Association and the South Eastern Circuit.

Graeme has been involved in the criminal justice system for almost 30 years. Graeme practised as a Solicitor and High Court advocate before transferring to the Bar. Before embarking on his legal career Graeme was employed as a Counter Fraud Officer in a Government Department.

Graeme brings a wealth of professional and practical experience to his practise and is a down to earth advocate, who employs meticulous preparation in all matters that he is instructed in.

Graeme has undertaken training seminars on behalf of the CPS and also undertakes advocacy workshops on a pro-bono basis to A-level students looking to move into criminal advocacy.

Operation Arua – Instructed as Leading Counsel to prosecute an 8-handed drug conspiracy with multiple Counts involving close to a million pages of evidence.

R v SY – Instructed as Leading Counsel to prosecute a man in possession of a kilo of MDMA in crystal form (capable of producing in the region of 10,000 Ecstasy tablets. Argument as to whether crystal form MDMA could be correlated with the Ecstasy in the sentencing guidelines (which provided the drug quantity in tablet form) and whether MDMA was, as a matter of fact, Ecstasy.

Operation Flaruit – Instructed to prosecute a case of possessing a firearm (and ammunition) with intent to endanger life investigated by Operation Trident.

Operation Birthroot – Instructed by the International Justice and Organised Crime Division to prosecute two men charged with importing significant quantities of Class A, B, and C drugs, along with Firearms and ammunition.

R v BU et al – Instructed to defend a man charged, along with 18 others, with Conspiracy to supply a class A drug. This was an organised crime group operating both nationally and internationally supplying uncut cocaine through a huge network across the country.

R v MN et al – Instructed to defend a man charged with being involved with an international conspiracy to import class A drugs as part of an organised crime group.

Operation Uncore – Instructed as a led junior by the CPS International Justice and Organised Crime Division to prosecute a man charged with creating an encryption software that could be used to introduce viruses to third party computers.

Operation Mohawk – Instructed to defend in a 10-handed, 15 Count Indictment alleging conspiracy to commit fraud and Possession of Criminal Property in relation to rogue traders preying on the elderly and vulnerable to secure roofing work that was never done or done poorly, for excessive fees.

R v B - Instructed to defend one of two defendants charged with attempted murder. Defendant acquitted.

R v DF – Instructed to prosecute a man charged with GBH who without any provocation stabbed a man sat in his car at traffic lights.

R v HB et al – Instructed to prosecute a 5-handed violent disorder where the defendants pursued a man in London to a local shop before police arrived, resulting in a deterioration into serious and prolonged violent disorder in the street.

R v JA – Instructed to prosecute a student who without provocation attacked a fellow student in Halls with a hammer before leaving the campus. A case involving severe mental health issues.

R v MR – Instructed to prosecute a man who, without provocation, stabbed another young man in the street causing life threatening injuries.

R v YBI – Instructed a prosecute a man charged with importation of drugs from the USA.

R v JCW et al – Instructed to prosecute three men found with copious quantities of cannabis in the car they were driving in albeit none of them accept they were aware the drugs were there.

R v WB – Instructed to prosecute a man running a cannabis factory in a hidden and concealed complex within a scrap yard.

R v MT – Instructed to prosecute a man charged with sexual assault and exposure. Opponent was Max Hill QC in his final trial before becoming DPP.

R v JT – Instructed to prosecute a man charged with assault by penetration of a 12 year old girl.

R v TB – Instructed to defend a defendant who was charged with four Counts of marital rape over a 20-year period and sexual assault.

R v JDR – Instructed by the CPS to prosecute an ex-headmaster of Stowe school who was charged with sexual assault of a child on the tube system.

R v D-G, G, & M – Instructed to prosecute a trial of three men of historic armed robberies. Originally the case was dropped against the defendants until cell-site evidence secured some years later.

R v H – Instructed to defend a defendant charged with a single count of robbery of a G4S cash delivery to the NatWest bank. Secured a suspended sentence order for the defendant.

R v FS – Instructed to prosecute a man charged, along with another, of adducing a man to come to a secluded station where he was robbed using a metal iron bar that was also used to beat him severely.

R v RA & AK – Instructed to prosecute an unusual case where the defendants failed to notify the death of their friend, and then made use of the friends bank card and account whilst concealing the body of their friend in the house and living there at the same time.

R v KM – Instructed to defend a man charged with a number of others with fraud and possessing criminal property where corporate bank accounts had been accessed via a scam and the use of a corrupt bank manager.

R v C – Instructed by the CPS to prosecute a defendant who was extradited from the Ukraine to face charges of fraud where he has assumed the identity of his friend to secure access to a pension lump sum, redundancy settlement, and other financial benefits.

R v Y – Instructed by the CPS to prosecute a lady charged with fraud. It is said she used her elderly and sick father’s bank cards and accessed his bank accounts whilst he was out of the country.

R v Francis [2011] All ER (D) 47 (Jun) - Reported – The appellant was convicted after trial of dangerous driving. He had driven a Range Rover erratically at speed over a distance of some two-and-half miles, swerving from side to side having consumed some alcohol. Following conviction, the appellant was sentenced to 16 months’ imprisonment. The 16 months sentence was quashed and substituted with a sentence of 12 months.

R v Clift [2012] EWCA Crim 2750 –The appellant was convicted of murder having 10 years previously been convicted of section 18 GBH. The trial Judge had admitted in to evidence the original section 18 conviction pursuant to section 74(3) of the Police and Criminal Evidence Act 1984. It was argued that this was wrong in law as the original conviction was not ‘to do with the facts of the original case’ but was ‘the facts of the original case’. The argument was founded on the proposition that once the conviction was admitted the burden of proof shifted from the Crown to the appellant and that therefore the conviction in consequence was unsafe. Furthermore, even if the conviction was admissible, the Judge should have exercised his discretion pursuant to s.78 of the Police and Criminal Evidence Act 1984 to exclude the evidence. The Court of Appeal having considered both written and oral submissions dismissed the appeal.

R (on the application of Ukaegbu) v Northampton Crown Court (2013) QBD (Admin) (Turner J) 04/09/2013 Reported – The short issue was whether a Judge was correct in revoking bail following the defendant’s recall on licence. The court held: “[I have] difficulty in understanding conceptually how the revocation of the claimant's licence made a difference in terms of whether or not his bail should be withdrawn in a subsequent decision. The revocation of his licence was effectively a decision not made by a court and not one that was based on any additional features which are relevant to the other matters’ characteristic to the context of a bail application, such as likelihood to commit offences whilst on bail and the other well-known issues.

R v Buckle [2015] EWCA Crim 229 Court of Appeal – The appellant having pleaded guilty at the earliest opportunity to an offence of causing serious harm through dangerous driving was sentenced to 42 months’ imprisonment the maximum penalty being 60 months. The sentencing Recorder placed the case at the top end of the statutory maximum. This appeal was of some importance as this was a new offence for which there were no sentencing guidelines. The Court of Appeal addressed the question of guidelines and held that ‘...in each case, the Court is entitled to determine, on the individual facts of that case, whether a starting point at – or very close to – the maximum level is warranted.